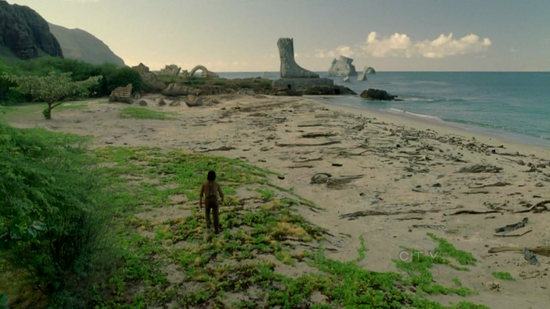 ab aeterno
1. Since the beginning of time.
2. (figuratively) Since a very long time ago.

It seems like we’ve waited for tonight’s story a very long time: the origin of Richard Alpert, ageless advisor to the stars on the Island. I’d said a few weeks ago we might not actually get a more fleshed-out backstory after the episode featuring his suicide attempt aboard the Black Rock; that brief scene or two may have been enough to fill in the gaps in his history. I’m glad I was wrong, as tonight’s episode was one of the finest of this inconsistent season. And while it didn’t necessarily offer us anything more than some vague analogies to answer our pending “questions,” it was enjoyable if for nothing more than its good storytelling. “Ab Aeterno” was a welcome departure from the shifting focus inherent in flashbacks/flashforwards/flash-sideways occurring throughout the typical Lost episode. Essentially a single narrative, we stick with “Ricardo” for the majority of an episode rife with religious imagery. Let’s start by focusing on some of the particulars of Richard’s backstory. 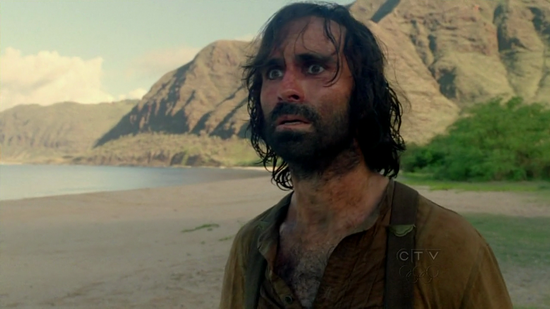 We begin his flashback in Tenerife, Canary Islands in 1867, Ricardo’s apparent home country.

Tenerife, a Spanish island, is the largest of the seven Canary Islands in the Atlantic Ocean off the coast of Africa. Tenerife has an area of 2034.38 square kilometers. It is the most populated island of the Canary Islands and Spain. [Wikipedia] 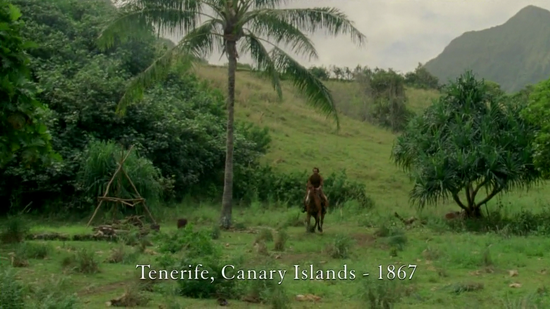 Ricardo is rushing home to be with his sick wife, presumably after trying to earn enough money to get her some medicine. Clearly a man of limited means, he could have used some of Obama’s universal health care reform back in the 1800’s. 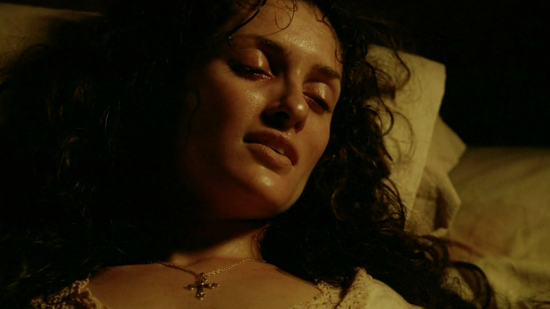 The doctor he visits, refusing to give up medicine that could help Isabella, turns out to be a real asshole and is rewarded as such when Ricardo inadvertently kills him. And alas, Ricardo is too late to save his now-dead love. 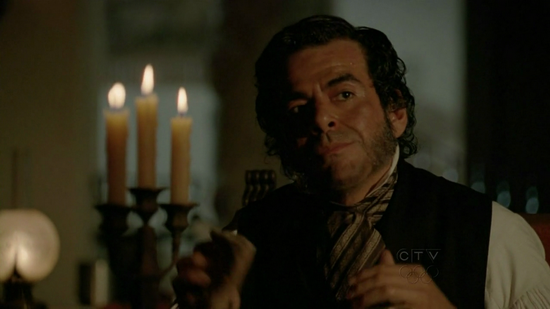 Later, in jail awaiting execution for murder, we catch a glimpse of a Bible passage he was reading (by way of teaching himself English) when a priest comes in to take his confession. 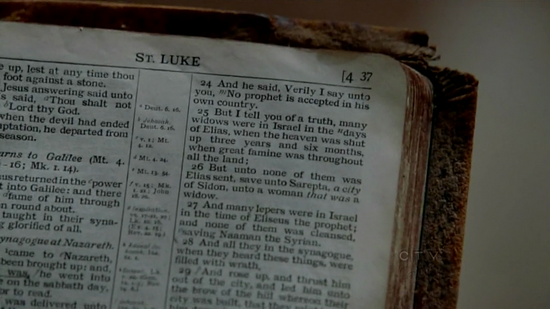 The Gospel of Luke, Chapter 4, verses 24 through 27 relate to the prophet Elijah:

Jesus uses Elijah as an example of rejected prophets. Jesus says, “No prophet is accepted in his own country,” and then mentions Elijah, saying that there were many widows in Israel, but Elijah was sent to one in Phoenicia. In Romans 11:1-6, Paul cites Elijah as an example of God’s never forsaking his people (the Israelites). In James 5:16-18, James says, “The effectual fervent prayer of a righteous man availeth much,” and then cites Elijah’s prayers which started and ended the famine in Israel as examples. [Wikipedia]

Elijah or Elias, whose name (El-i Jahu) means “Yahweh is God,” was a prophet in Israel in the 9th century BC. According to the Books of Kings, Elijah raised the dead, brought fire down from the sky, and ascended into heaven in a whirlwind (accompanied by chariots, not in one). In the Book of Malachi, Elijah’s return is prophesied “before the coming of the great and terrible day of the Lord,” making him a harbinger of the Messiah and the eschaton in various faiths that revere the Hebrew Bible. [Wikipedia]