Next week, the conversation will change.

I’d say so. While the forthcoming battle between good and evil still weighs heavily over the precedings (along with the age-old “what the hell is the Island?” question), tonight’s focus was on the facet of season 6 that’s most driven everyone batty: the flash-sidewayses. Is it an alternate timeline? An alternate universe? Are they real? Let’s recall Juliet’s last words as she lay dying in Sawyer’s arms: “It worked.” “It,” we assume, was Jack’s plan to detonate Jughead next to the pocket of electromagnetic energy the Dharma construction crew had tapped during construction of Swan Station and effectively reboot the timeline, prevent Oceanic 815’s crash (and who knows what else), and give everyone their lives back. A lofty ambition that didn’t appear to have worked at season’s start. 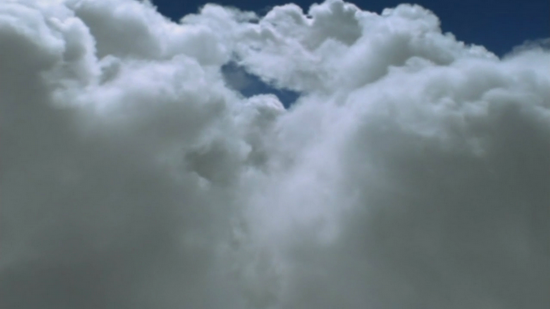 Nothing quite says “lofty” like a bunch of clouds. I wonder if Billy Dee Williams will show up again on Lost.

I posit Juliet had flashed back and forth between the “X” timeline and the here and now on the Island (which I’m sure we’ll see later this season), and thus knew the plan had actually worked. Just as Charlie, Faraday and Desmond have now figured out. A telling quote early on in the episode has Desmond telling Charlie he’s played many “parts” in his life (in the X timeline working for Widmore), and four others appear to have had critical roles to play in tonight’s episode. 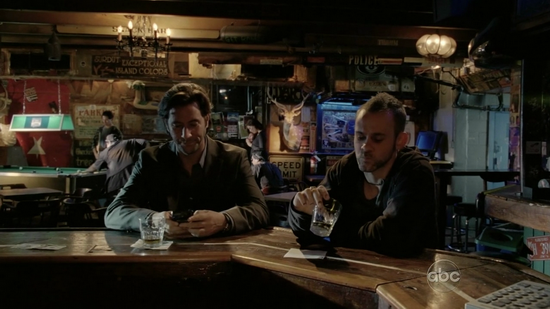 Desmond – Seer / Prophet / Unstuck Time Traveler Extraordinaire
The Scot has more descriptions tied to him in one episode than he’s probably had in all of the previous four seasons. During his lovefest with Widmore-X, Desmond describes himself as a “blessed man,” albeit one without family or commitments. Widmore-X shares the sentiment as he celebrates Mr. Hume’s “indispensability” with 60-year old Scotch (“nothing’s too good for you”). 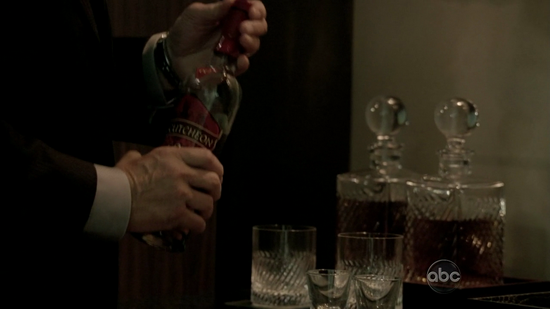 The Island Widmore shares that sentiment, though with an added appreciation for the commitments that Desmond does have (Penny and his boy Charlie). When describing Desmond’s “vital talent,” Widmore indirectly refers to the enormous amount of EM energy he absorbed when turning the failsafe key beneath Swan Station after the Man of Faith Locke had trashed the Numbers Computer and allowed the countdown to progress past the point of no return (feel free to go back and read that sentence eight times for clarity). In addition to making his clothes disappear, that event sent Desmond flashing through time (during which he first encountered “Ms. Hawking,” who cautioned him not to mess with the timeline). 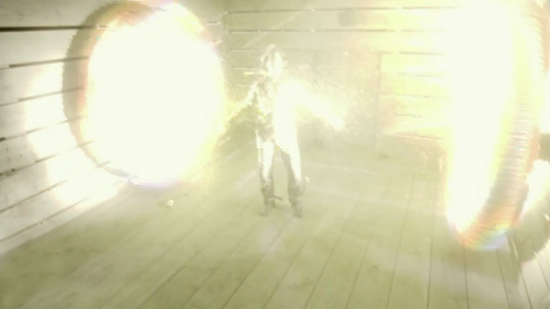 Whatever happened to Desmond physiologically beneath Swan Station, it’s clear he has the ability to flash through time when exposed to massive doses of electromagnetic energy. Let’s take that “science” as a given. What’s more important is his ability to expose others to those same flashes on a limited scale (at least for now). I talked about prophets last week when quoting the Bible verse Ricardo was reading in prison. Desmond, like Charlie did to him, can make the other Oceanic 815ers see the proverbial light and what they’re missing out on by remaining in the X timeline. See, the “Incident” Jack and company created/prevented didn’t just reset the timeline from Flight 815 forward — it set the entire timeline (from The Big Bang ’til Armageddon) on its ear before, accounting for the subtle variations we’ve seen (Sun and Jin not married, Hawking and Widmore being married, Locke still with his woman and on good terms with his father, etc.).

I’m not sure we’ve got time for an Oceanic 6/season 4-like stretch of Desmond convincing everyone to come back (unless they can knock that out over the course of one episode), but how will he do that? Each of the castaways may prefer one of the timelines over another. Desmond is likely one of the few that would actually be happier in the original timeline, as he’d have Penny and his son. Sentiments might differ with everyone else. Claire is separated from Aaron in Island time. Kate’s on the run in the X timeline. Sawyer’s lost his fiancee/wife/whatever-she-was in the Island timeline (Juliet). Locke’s in a wheelchair but has his wife and father in the X timeline. Hurley without Doritos. Vincent without snausages. Jack has a son in the X timeline and appears to have found some measure of happiness in the flash-sideways we saw earlier this season. Then again, he’s found purpose in the Island timeline and seems ready to embrace his candidacy as Jacob’s replacement.

Charlie repeatedly tells Desmond none of “this” matters, referring to the X timeline they find themselves in. For Charlie and Desmond, that may be true, but it’ll be interesting to see where things go from here . If we could perhaps assume the castaways can only choose one timeline over the other, would they ALL have to choose the same timeline? Or could we end up with folks on each side come series’ end?